Nerd Culture & Its Effect On Dating 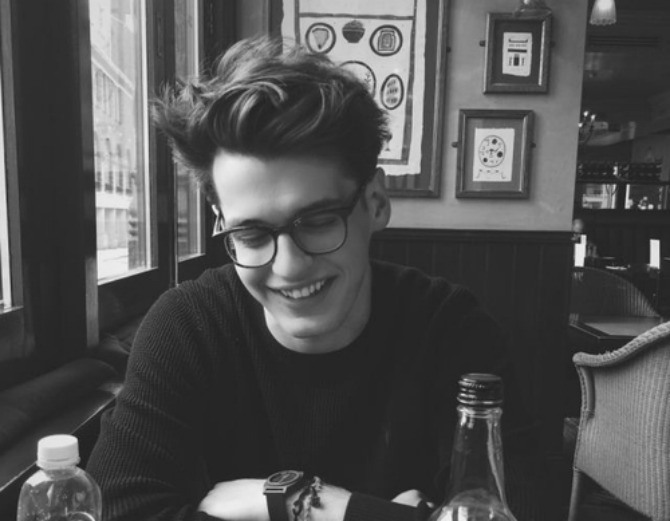 Nerd is the new black. Smarts and passion are in, and that's a cool thing in a lot of ways. With the rise of startup culture and the maker revolution, we're seeing this intense and unapologetic value in ideas and creation. Welcome to nerd culture—in that group, we have academics, comic book geeks, techies, and everything in between.

Currently, I’m very much into a nerd guy. He’s a math Ph.D. student at Columbia who carries complex proof notes around in his back pocket. He recently told me a story about his brief flirtation with (traditional) popularity in high school. As a member of the baseball team, he was inaugurated into this jock world and found himself hating it.

“I know this is a clichéd stereotype, but the guys on my team were assholes. Period. I ate lunch with them everyday until I couldn’t anymore. I bounced from table to table and ended up at the stoner table when I didn’t even smoke. And then I found the library. It worked; it felt right.”

He’s never had trouble dating. His nerdiness never got in the way because—heteronormatively speaking—girls always seemed to appreciate his enthusiasm and want to know more. The core of nerdiness has everything to do with that sparkle in the eye, not merely brains or standardized test scores. It’s all about the the excitement of learning, doing, and sharing.

Nerd culture’s effect on dating is an absolutely gendered experience. Being a nerd girl is very different than being a nerd guy because they are somehow seen as rarer. Somehow, there exists a tone of surprise, dismissal, or infatuation that can feel invalidating. One of my best friends at work can’t help but be categorized as a Manic Pixie Dream Girl on her dates.

“Being a ‘nerd’ in a dating context makes me feel like my interests don’t belong to me anymore. I can’t tell you how often I get the ‘most girls don’t talk about this’ line with a look of simultaneous shock and blind admiration. The things I love start to feel cheaper.”

Ultimately, I think it boils down to the element of surprise. As long as we continue to be surprised by nerd girls who have an M.D./Ph.D. or know the entire history of Bruce Wayne or code circles around their male peers, it will be hard to concentrate on their depths as a person and easier to throw a charming, superficial filter over their character.